So I have been meaning to do this post since December last year… I’m terrible I know, but anyway, I got a new Warhammer army for Christmas!

Let me introduce you to the Ironjawz! An awesome, badass army of Orruks,!

They are currently built and sprayed in my parents conservatory and I started painting them on Sunday, I’m doing the classic yellow armour with bits of red thrown in on some of the little details, Arran has done the spraying for me, I decided on white as the undercoat as I think it will help bring out the yellow much better than if we sprayed them in black, so far its working!

Here is a pic of them all sprayed and ready to paint!

We have also already had a few battles with them, against Skaven and Dwarves, so far they have kicked ass and won all but one fight, it’s great! I’m not used to winning this much, however Arran has now bought a new army, the Kharadron Overlords, heres hoping that the Ironjawz can still hold their own against them!

So yes! watch this space, these Ironjawz are going to look awesome when they are finished and lets hope they can keep up their winning streak and destroy their new opponents!!

The Random Scribblings Of A 27 Year Old Mommy To Be, Still Trying To Figure Out How To Adult!

A Bit About Me! 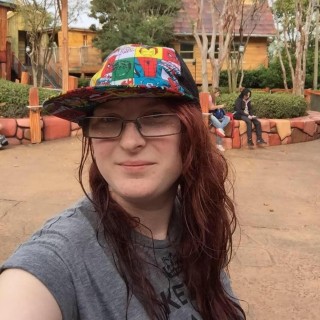 I'm a 29 year old Stay At Home momma, I have a 22 month old boy called Oscar and he is the best thing since sliced bread (bias opinion I know), our life is pretty simple and we just enjoy each day as it comes 😊